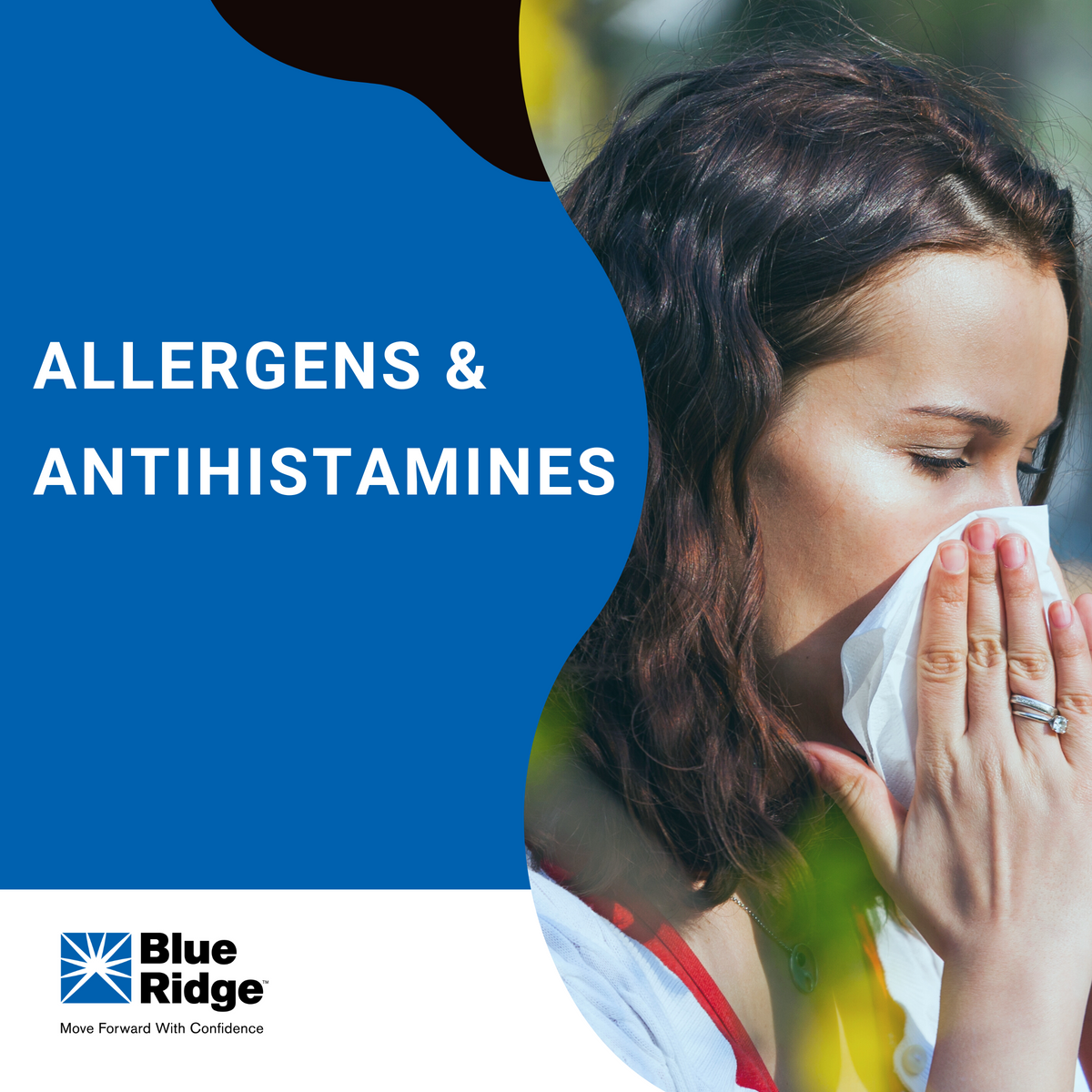 According to the Centers for Disease Control and Prevention, 27 million Americans have some form of hay fever. Another 52 million suffer from sinusitis or bronchitis. That means one in five people have allergies, not including those diagnosed with asthma.

This article focuses on seasonal allergens, the allergic reactions they cause and their treatment.

Seasonal allergies can cause problems for people of any age. Exposure to allergens can cause:

These symptoms can disrupt a person’s sleep and ability to focus.

What happens when someone is having an allergic reaction?

When a person is exposed to an allergen, a chemical reaction occurs in the body. The allergen is most often a protein that the body doesn’t recognize, setting the body in attack mode. This causes the body to release histamine, a naturally occurring chemical that goes into overdrive when an allergen protein is discovered. An overproduction of histamine can cause unwanted side effects, such as:

Taking an antihistamine slows or reduces the histamine side effects, lessening the symptoms of the allergic reaction. Antihistamines attach to histamine receptors in the body, which directly impacts the central nervous system. It is because of this attachment that antihistamines can also cause:

Before you take an antihistamine, know that it can impact your ability to drive or operate equipment. Often, people feel tired and need to take a nap to restore energy levels. Examples of common first-generation antihistamines include Benadryl, Dimetane, Unisom and Triafed.

Second- and third-generation antihistamines generally do not have sedative properties. These medications provide relief without impacting the central nervous system. Examples include Claritin, Allegra, Bilaxten and Zyrtec.

The medications listed above are over-the-counter antihistamines. When you take them, follow the manufacturer’s instructions and avoid overmedicating. Taking more than directed will not provide quicker or better results. It actually has the opposite effect, and impairs your abilities even more.

For severe symptoms, you may have your physician prescribe a stronger antihistamine. Taking these stronger medications may require a doctor’s note to excuse you from work, depending on what you do.

Blue Ridge Risk Partners is a top 75 independent insurance agency in the United States. With 22 offices and counting throughout Maryland, Pennsylvania, and West Virginia and access to hundreds of carriers, we are able to meet your unique insurance needs.