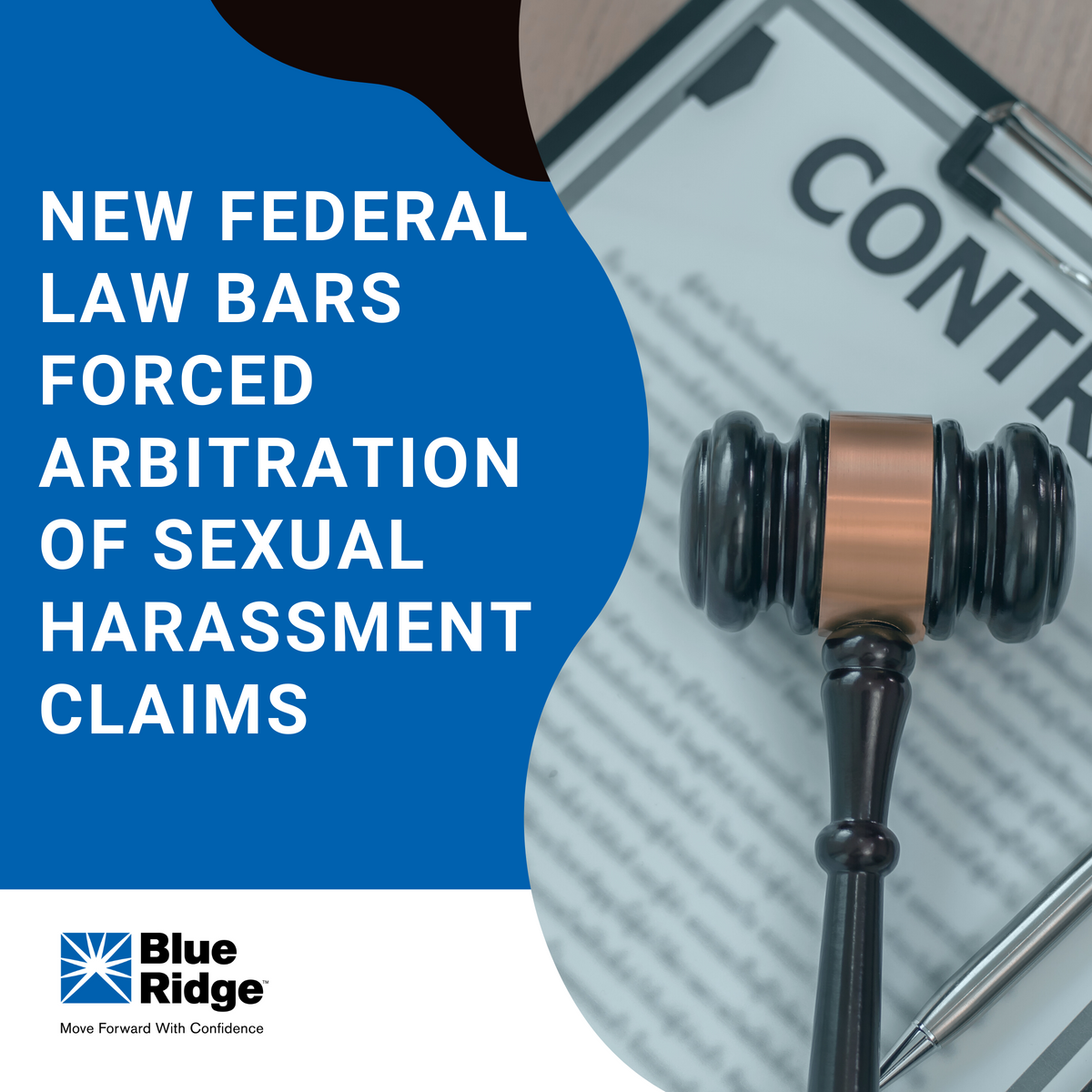 Start reviewing your mandatory arbitration agreements. That’s what labor and employment law firms across the country are recommending now that the Ending Forced Arbitration of Sexual Assault and Sexual Harassment Act of 2021 has been signed into law.

Overview of the law

The legislation puts employees in the driver’s seat for determining whether a court or an arbitrator should address their workplace sexual harassment and sexual assault claims. Victims shouldn’t be forced to arbitrate in secret, the office of Sen. Kirsten Gillibrand (D-NY), who co-sponsored SB 2342 with Sen. Lindsay Graham (R-SC), stated in a press release.

The act bars pre-dispute arbitration agreements and joint, class, or collective action waivers of sexual harassment and sexual assault claims, law firm Ogletree Deakins explained. This means an employee has the right to choose whether to bring individual or class-based claims to court instead of arbitrating them.

This doesn’t mean that the parties are prohibited from agreeing to arbitrate claims involving sexual harassment and assault altogether, though, notes the law firm of Greenberg Traurig. An agreement to arbitrate would be permitted if the alleged victim voluntarily agrees in writing after the dispute is underway.

With more than an estimated 60 million American workers subject to mandatory workplace arbitration clauses – often without realizing it until they come forward to initiate a claim, according to the White House’s Office of Management and Budget – there are steps employers should take now.

For instance, Greenberg Traurig recommends that employers should:

Note, too, that in amending the Federal Arbitration Act, this law extends beyond organizations’ employees to their clients, consumers, customers and patients as well.

For instance, the law doesn’t bar an employer from requiring arbitration of other types of employment claims, such as gender discrimination, but the question of whether sexual harassment or sexual assault is at the heart of such a claim may lead to a legal battle concerning the enforcement of an arbitration provision.

Also, the act doesn’t expressly address retaliation claims, so employers may be able to argue such claims aren’t outside the scope of the pre-dispute bar on arbitration, law firm Fisher Phillips says. In that case, an employer may have a basis for requiring arbitration.

It's also unclear what happens if an employee agrees to arbitrate after a dispute arises but then changes their mind, Greenberg Traurig says.

These and other open questions will likely be decided by future court decisions.

What to do now

With the law now in effect, Mintz attorneys recommend that employers review existing procedures, policies, and anti-harassment training programs. Be sure you have processes in place for taking complaints and be prepared to take immediate, appropriate action if complaints of sexual misconduct arise.

Also, they note, state law may bar employment agreements that could prevent someone from disclosing sexual misconduct, such as harassment or assault, so it’s always a good idea to review agreements with experienced local labor and employment counsel.