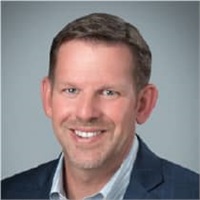 Kent began his career in insurance immediately after graduating college. Kent has worked in all aspects of the agency for over 30 years and serves as the Chief Executive Officer, a role he has held since 2012. Kent has led the agency’s presence into multiple states and is actively engaged with the agency’s growth goals and continued expansion. Reynolds is a graduate of Shippensburg University, holding a Bachelor of Science degree with a concentration in Finance. Kent has held the Certified Insurance Counselor (CIC) designation since 2001 and completed the Leadership Washington County program, Class XIX, in 2006.

Kent is a Board Member of Meritus Medical System and also serves on the Finance Committee for Trinity Lutheran Church. Kent also enjoys his membership in Hagerstown Rotary-Sunrise and the Greater Hagerstown Committee. Reynolds is a current member of several local and national Advisory Councils for insurance carriers represented by the agency.